Understanding biodiversity patterns and the role of biotic attributes in governing these patterns remains one of the most important challenges in ecology. Here, using water depth in Lake Lugu as a typical geographical gradient, we examined the community compositions of three taxonomic groups, bacteria, diatoms and chironomids, using molecular and morphological methods.

We have the following findings:

(1) There were predictable water-depth patterns among biological characteristics, such as biomass, species richness and community composition, for bacteria, diatoms and chironomids, but the patterns for diatoms were distinct from those of bacteria and chironomids.

(2) The relative abundance of 11 dominant bacterial phyla showed various water-depth patterns, such as increasing, decreasing, hump-shaped and U-shaped patterns, which are consistent with their different niche positions of water depth.

(3) The biomass of chironomids and the richness of bacteria and chironomids showed decreasing patterns with water depth, while those of diatoms exhibited U-shaped and hump-shaped patterns, respectively.

(4) There was cross-taxon congruence among the variations in community compositions for the three taxonomic groups.

(5) Biotic attributes could explain a unique variation in biodiversity patterns of the three taxonomic groups, although environmental filtering played a pivotal role in structuring biological characteristics.

The studies were led by two master students: Wenqian and Kaiyuan. 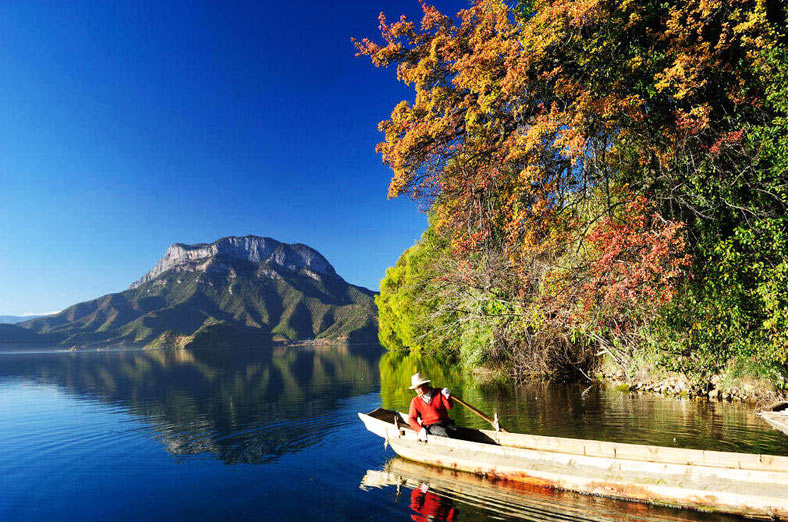