We just got a paper on-line, which is about the elevational patterns of microbial biodiversity (Wang et al, In press).

In this paper, we sampled six streams for bacteria and diatoms along mountainsides in three regions: one stream in (1) the Balggesvarri Mountain in Norway in 2012, one stream in (2) the Pyrenees Mountain in Spain in 2012, and four streams in (3) the Hengduan Mountain region in China. For the latter, we used the same stream samples from the Laojun Mountain collected in 2009, complemented by the three streams sampled in the Haba, Meili and Yulong Mountains in 2013. We studied the elevational patterns in species richness and evenness of stream biofilm bacteria and diatoms in six mountains in Asia and Europe. We further reviewed published results for elevational richness patterns for soil and stream microbes in a literature analysis.

Our results revealed that even within the same ecosystem type (that is, stream) or geographical region, bacteria and diatoms showed contrasting patterns in diversity. Stream microbes, including present stream data, tend to show significantly increasing or decreasing elevational patterns in richness, contrasting the findings for soil microbes that typically showed nonsignificant or significantly decreasing patterns. In all six mountains for bacteria and in four mountains for diatoms, species richness and evenness were positively correlated. The variation in bacteria and diatom richness and evenness were substantially explained by anthropogenic driven factors, such as total phosphorus (TP). However, diatom richness and evenness were also related to different main drivers as richness was mostly related to pH, while evenness was most explained by TP. Our results highlight the lack of consistent elevational biodiversity patterns of microbes and further indicate that the two facets of biodiversity may respond differently to environmental gradients.

These data are not that easy to be obtained. When I viewed the photo in the web frontpage, I am recalled the hard time when Sandra and Christoph were sampling in Yunnan with me. We are grateful to Yong Zhang, Qian Wang, Kun Yang, Xavier Triadó-Margarit, Christoph Plum, and Jyrki Eskelinen for field sampling or lab analyses, to Zhijian Wang for funding notice, and to Jay T. Lennon for valuable comments.

A photo below showing our field trip in Pyrees Mountain in 2013 (©Emilio O. Casamayor). 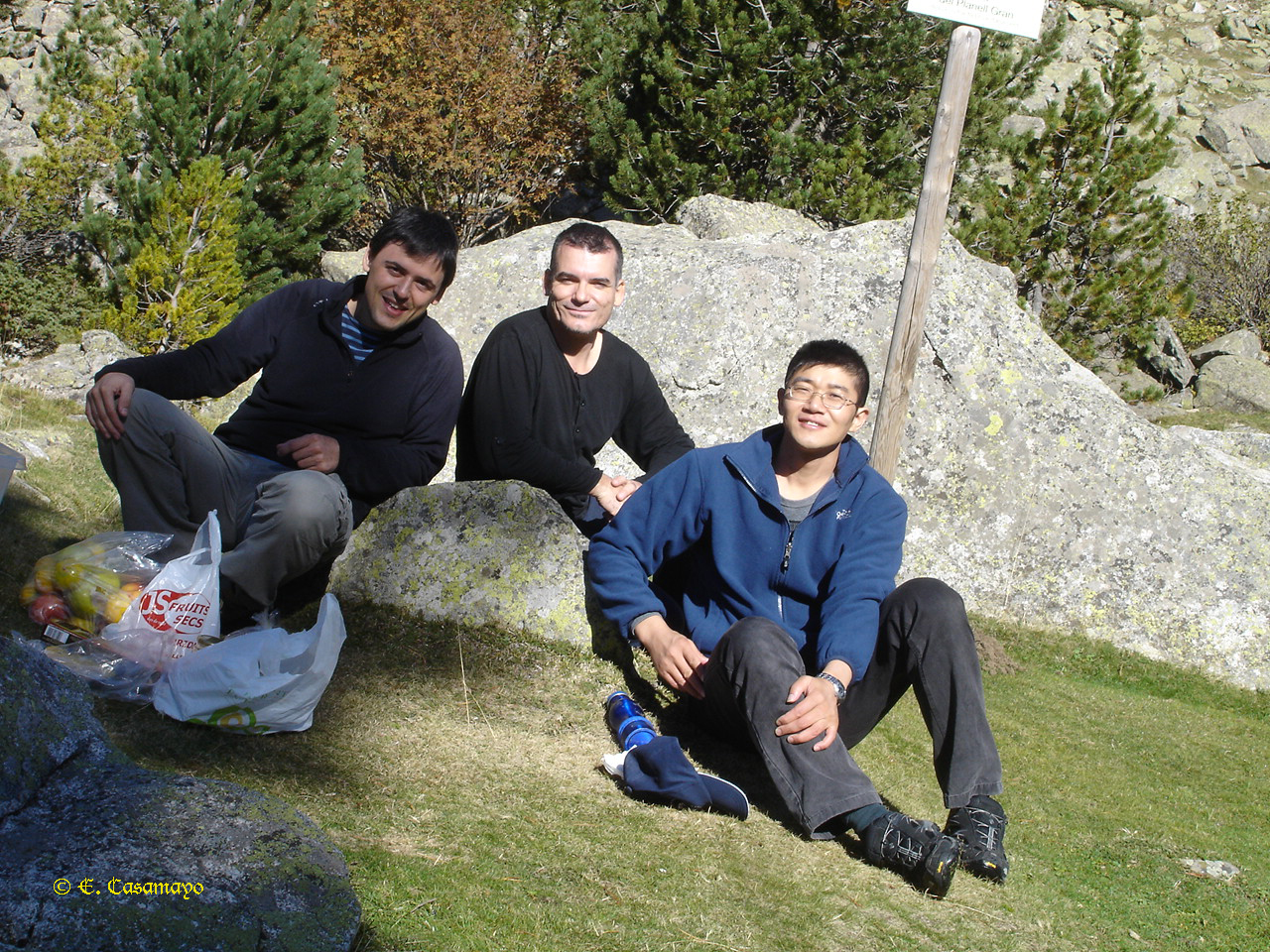